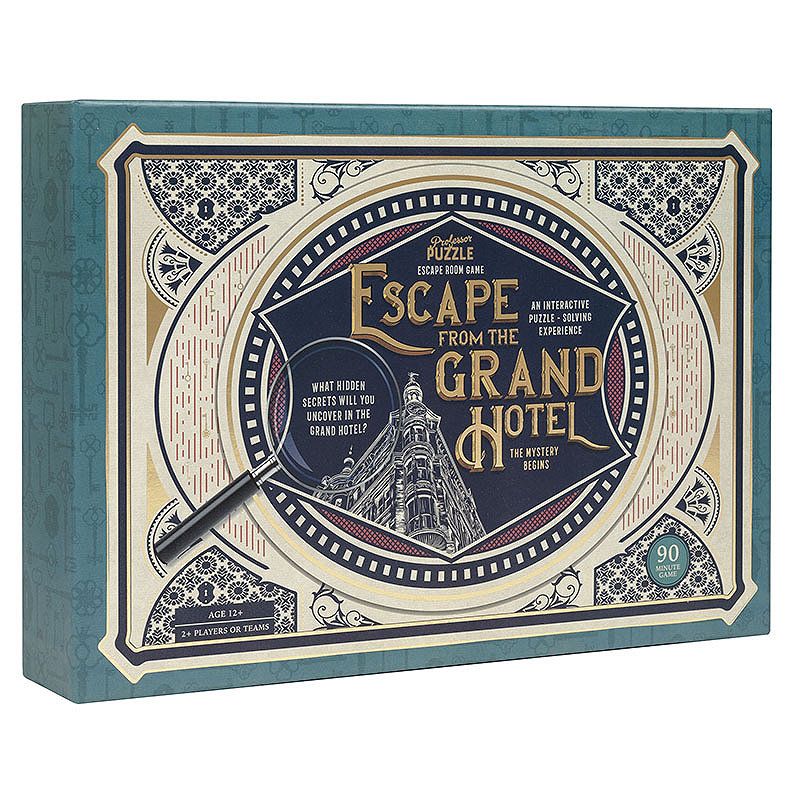 Out of stock.
0 in your basket
View Basket Checkout

Escape from the Grand Hotel Game

Fun dinner party board game where you must solve the clues to escape the hotel!

Owned by the wealthy but mysterious Blossom family, this once magnificent hotel was in danger of being closed for good until the sudden return of the Blossom son, Kurt and his beautiful wife, Lauren. They want to restore the hotel to its former glory but nothing is quite what it seems.

When their glamorous, rich and influential guests arrive for the grand re-opening, they’re ready for a night to remember – little do they suspect it will be for all the wrong reasons!

Invite your guests, set your scene and get ready to host a night of fun and intrigue. Each guest can come dressed as one of the eight characters, ready to play their role. During the evening, they must travel through the hotel solving the series of mysterious puzzles that release them from each room. The ultimate quest? To uncover the dark, hidden secret of The Grand Hotel.